How to become a patient

Here you can learn everything about the therapy method, treated clinical pictures and your way to ion beam therapy at MedAustron.

Ion beam therapy at a glance

MedAustron applies an innovative form of radiotherapy using protons and carbon ions. This method spares the surrounding healthy tissue in a much better way than conventional radiotherapy.

Ion or particle therapy allows to reduce radiation exposure in healthy tissue compared to conventional radiotherapy – making it an ideal treatment for tumors close to radiation-sensitive organs. The risk of side and long-term effects can be minimized, thus increasing the chances of recovery for cancer patients. Therapy with protons is particularly suitable for children and adolescents, while irradiation with carbon ions offers a real opportunity in case of tumors that are resistant to conventional radiotherapy. 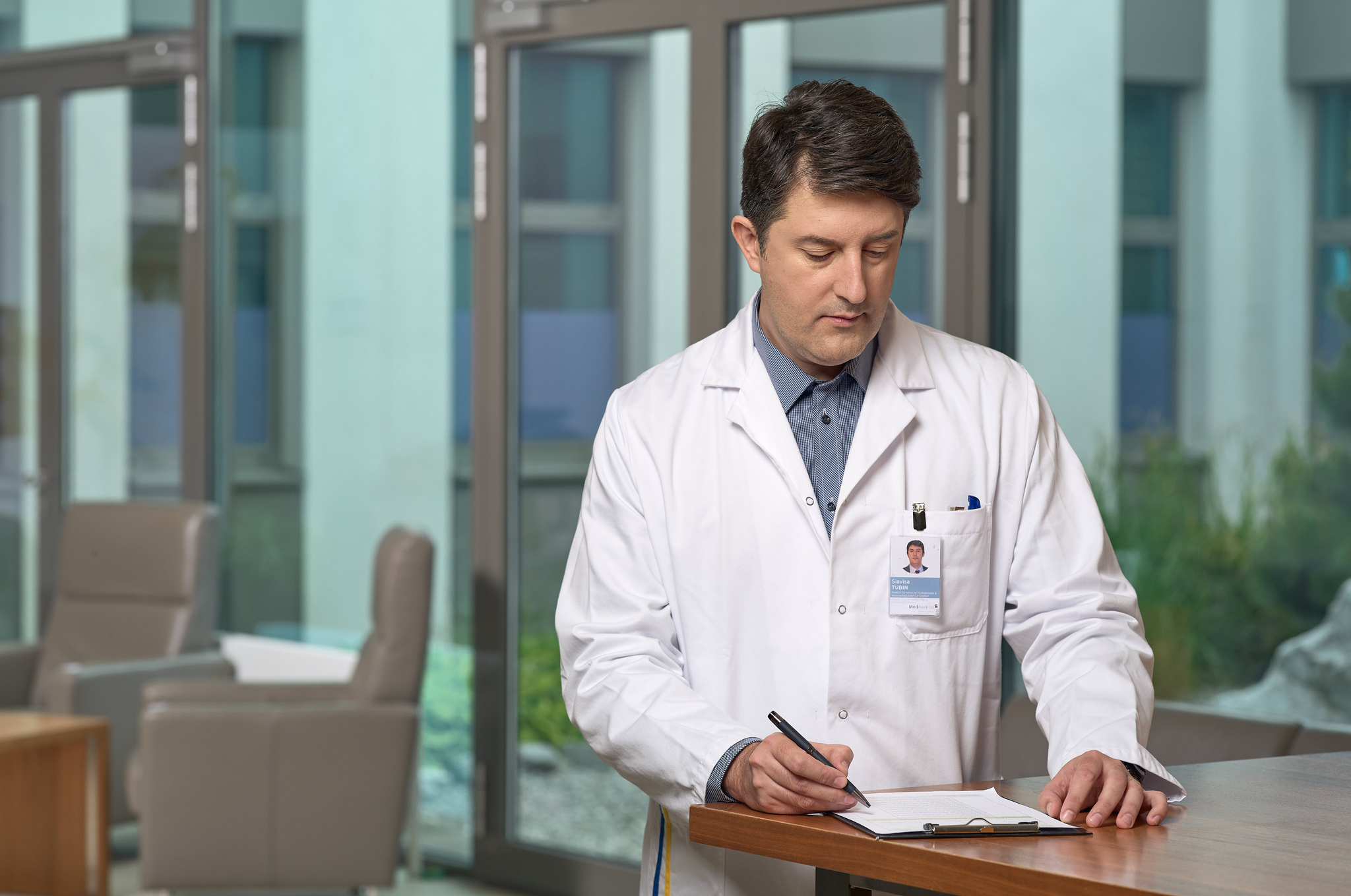 Tumors close to radiation-sensitive organs are the main area of application for particle therapy. Patients with pediatric tumors and local recurrences are also important groups treated by the therapy with charged particles.

For our young patients

The Treatment of children

Ion beam therapy is a gentle form of treatment, especially sparing tissue that is still growing, and can significantly reduce the risk of long-term side effects.

Cancer therapy not only puts young patients themselves in an exceptional situation, but also the entire family. Our patient care coordinators provide relief in the daily therapy routine.

Many years of experience

Young patients and parents can rely on the expertise of our team, including the pioneer in the treatment of pediatric patients.

Do you have any questions about ion beam therapy or MedAustron?

Do you have any questions about the therapy or procedure? Whatever you want to know, do not hesitate to contact us. We will get back to you within two business days.

Depending on your insurance status, there are different things to consider before starting therapy at MedAustron.

In principle, treatment costs are covered by health insurance…

Upon medical approval, we will provide an individualized treatment offer….

Upon medical approval, we will provide an individualized treatment offer….

What is ion beam or particle therapy?

Ion beam therapy is a form of radiation therapy used to treat cancer. Protons or carbon ions are used – both are charged, massive particles.

How are the particles generated?

Protons are obtained from hydrogen gas H2, carbon ions from carbon dioxide CO2. The physical properties of protons and carbon ions are similar, but carbon ions have a much higher, so-called “biological effectiveness”.

Is ion beam therapy suitable for every type of cancer?

Compared to conventional radiotherapy with photons, particle therapy is able to reduce the radiation exposure of the adjacent healthy tissue and almost completely spare the tissue behind the tumour. Therefore, particle therapy is an ideal treatment for localized tumours in the vicinity of radiosensitive organs. Since strongly growing tissue reacts more sensitively to radiation, proton therapy is particularly suitable for cancer in children and adolescents.

These cookies are used to record usage behavior of applicants and to restore an expired session.

Save selected Accept all

Save selected Accept All